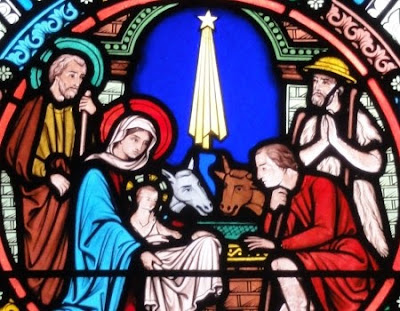 For the church, Christmas is a time to celebrate the birth of Jesus in Bethlehem. We celebrate this birth not because Jesus was simply a “good man” but because we believe Jesus was — and is — both the human son of Mary and the divine Son of God. That makes Christmas a time to reflect on a mystery that the church calls the doctrine of the Incarnation. This important theological term comes from the Latin word carne, which means “flesh,” and has to do with the divine taking on human flesh and coming among us in human form.

In one of his Christmas sermons Augustine, the fifth-century bishop of Hippo, described the mystery of the Incarnation this way: “Beloved, our Lord Jesus Christ, the eternal creator of all things, today became our Savior by being born of a mother. Of his own will he was born for us today, in time, so that he could lead us to his Father’s eternity. God became human like us so that we might become God. The Lord of the angels became one of us today so that we could eat the bread of angels.”*

* Daily Prayer for All Seasons, © 2014 The Domestic and Foreign Missionary Society of The Protestant Episcopal Church in the United States of America